The supposed successor to the well received game Sleeping Dogs has been cancelled. When Triad Wars was announced, many fans were disappointed that it was not a direct successor. Instead it was a multi-player game with a whole lot of instancing. Therefore many considered the Sleeping Dogs franchise to be ending right there and then for the time being.

Alongside the game being rejected by fans, it was also rejected by fans who enjoy multi-player games due to it’s high usage of instancing. This caused players that enjoy interaction and immersion to feel like the world would be empty and their presence meaningless. 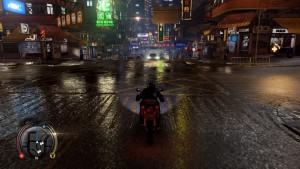 This likely contributed to the company’s decision to axe the game’s development entirely. However, since their supposed successor is cancelled, then they may have to just release the proper sequel that the fans have long waited for.

Here’s to being hopeful for a true Sleeping Dogs successor.