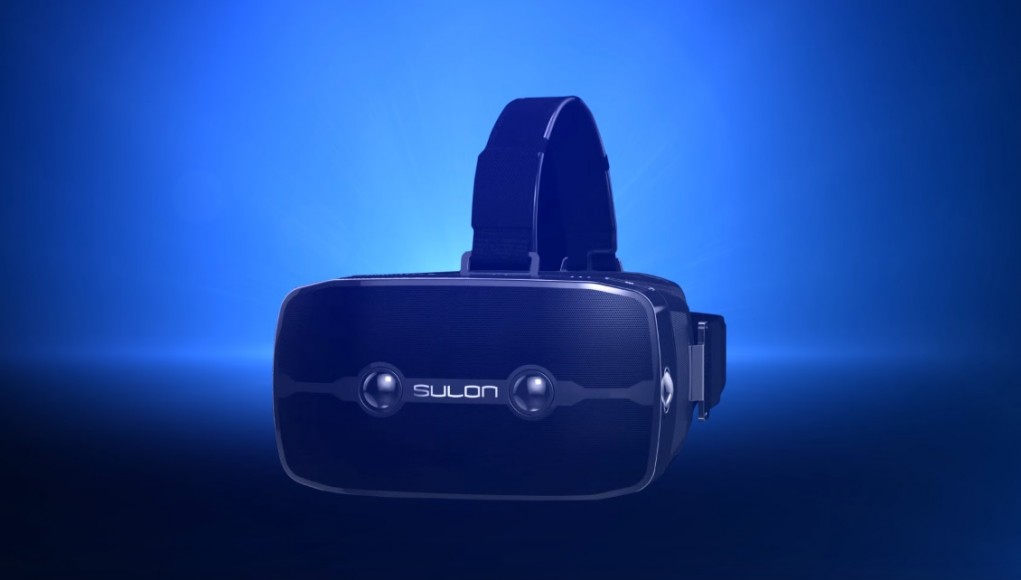 The world’s first commercially viable untethered AR and VR HMD is seemingly shaping up to be quite the catch. What’s interesting about this HMD versus say the Vive (VR) or Hololens (AR) is that it can do both instead of having to pick between one and the other. There are no wires and it’s fully portable on the Sulon Q.

It’s powered by the four-core AMD FX-8800P CPU coupled with an AMD R7 graphics processor. Couple this with Windows 10 running on a 256GB SSD, 8GB of RAM, and a 2560×1440 OLED display with a 110″ FOV and all of a sudden you have a full Windows computer strapped onto your head. This is possible by utilizing the holographic and spatial awareness API in Windows 10 that is being used to develop the Microsoft Hololens.

As seen in the picture, the HMD has two cameras being used capture the environment around you in 3D instead of giving you a seemingly flat picture. Utilizing AMD’s “Spacial Processing Unit” allows VR and AR to be blended seamlessly. It is designed with AMD’s own LiquidVR technology. Here you can see a very rough demo video on how it blends the two on the fly.

What sets this apart from the Vive is that it does all of this without wires, everything that’s needed is right in the HMD. Secondly, setting it apart from Gear VR is the fact that it’s 1. more powerful and 2. can give you the AR experience alongside the VR. And finally how it compares to Hololens is that it launches this Spring, late Spring to be exact. And with all this, I’d expect it to be MUCH cheaper than the Hololens’ $3000 price point.

As outlined in the video, it truly is the first of its kind. Hopefully with this it will help pioneer its way into the VR/AR-filled future with AMD’s processing units at the helm. All they have to do is get the price right and it should sell just fine. After all the only thing giving trouble about VR and AR being brought to the masses is the price as we’ve already settled that everyone wants the greater immersion that can be offered with these technologies. So all in all, this truly does have potential. We’ll see how it shapes up come the end of our year’s first season.